Welcome to the home page of cad4theatre

I’m David Ripley and I’ve been running cad4theatre since 2000, providing AutoCAD Training for the Theatre and Entertainment Industries in the UK and further afield. 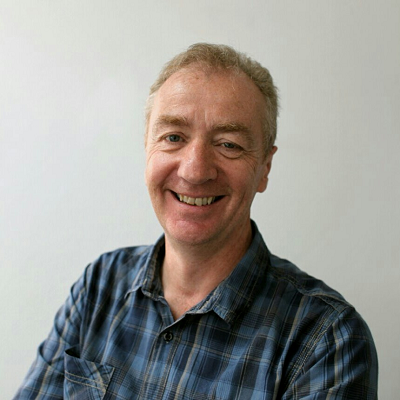 I’ve been working in the industry for over 35 years in most areas and most parts of the UK. I originally started learning AutoCAD through evening classes because I didn’t get a job that required it. After two years I emerged with the City and Guilds Draughting with AutoCAD (2D, 3D and Advanced) qualification. At that time I was learning on AutoCAD R12 for DOS

I first starting running training courses in Scotland with S4T, now part of the Federation of Scottish Theatres in 2000. I developed a distance learning course with them, as well as teaching at the annual Winter School in Pitlochry

At this time the course was paper based but when I started providing it for the ABTT in 2002, we moved over to CDs with all the course materials on it.

I have written five editions of AutoCAD - A Handbook for Theatre Users, starting with AutoCAD 2004, the most recent covering AutoCAD 2022

My ’proper‘ job is as Head of the Technical & Production at The Royal Central School of Speech and Drama in London.

I’m still using AutoCAD but now mainly to teach rather than in anger. I am an AutoCAD Certified Professional and part of the Autodesk Community Council for AutoCAD, which is part of the new release testing regime.

Career wise, after leaving LAMDA, I started in sound, then stage, followed by LX and finally Production Management. I’ve done stints as a consultant on various projects and contributed towards National Standards in various things, most of which are sitting on a shelf somewhere, unused.

In 2004 working with LeMark, we won the ABTT Widget of the Year for the ’BAR-FLY’ a method of carrying CAD information onstage, for flying systems allowing planning of the rig and simple identification of a bar’s contents both currently and for the next show. More information about the Bar-Flys can be found out from LeMark

I previously had some lantern drawings on the site, in both 2D and 3D but as they were mostly very old ’conventional’ units from Strand, CCT etc I haven’t added them. If they are of any use to you, please drop me a line.