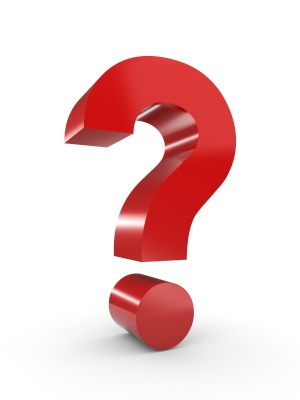 The answers to these FAQs are, in some cases, just my opinion so treat with caution.

CAD stands for Computer Aided Draughting although it is often used for Computer Aided Design. Most CAD programmes (and AutoCAD is no exception) are used for creating two dimensional technical drawings of a design, although 3D is becoming more prevalant. Most are not particularly intuitive (despite claims to the contrary) and are thus not necessarily the best tools for the creative part of the design process

And what is Visualisation?

Visualisation is the method of creating photo - realistic images using CAD or other software. This entails building 3D models, applying realistic materials to the objects, then adding lighting. Finally the drawing is rendered and the resultant image is the visualisation

What can I use CAD for?

Or conversely what can’t I use CAD for? The strength of CAD programs is their accuracy, however they are still prone to Rubbish In, Rubbish Out. As such they are great for creating the technical drawings required to create something. They are not necessarily as good as intuitive, creative tools, because of their requirement for numbers to be used to create objects

So, in short they can be used for anything you want or need to draw

Are CAD programmes easy to learn?

All CAD programmes’ creators or their users claim that the latest version is more ’intuitive’ than the last or their rivals. Well they have all started off from a pretty low base for this claim. All CAD programs are complex in their own ways - have you seen the size of the Help?

To make things worse none of them seem to work the same way - or talk to each other easily. Although some of us can learn these things from the manual or by just playing, the rest of us mere mortals need a helping hand and undertaking formal training is strongly advised - wherever you get it from.

Do I need a really high end computer?

Most CAD programmes basic needs are quite modest - plenty of RAM and a good video card certainly help but it’s difficult to buy a computer today that doesn’t have these basic requirements.

However, if you are looking for a laptop to install a CAD programme on then the graphics side may cause you problems, particularly in 3D work.

Many laptops use an ‘Integrated’ Graphics processor, meaning they allocate a part of the main processor to graphics tasks, compromising both in complex drawings.

If you are planning to do a lot of 3D work then you need more oomph in both processor and video departments. The requirements change with each release so check out the Autodesk website for the current versions specifications.

How does licensing work for AutoCAD?

Autodesk have moved away from what they call a ‘perpetual licence‘ model, where you pay for the software once and buy it outright. In that case you wouldn’t have access to any extras, plug ins and so on. In effect you are stuck with the version you have bought and would need to pay to upgrade to the latest version.

To tempt people, they now run a subscription service, where you pay for access to the updates and service packs and annually (usually in March/April for the Windows version) can upgrade to the newest version.

You no longer own the software outright but are paying for a licence. This at least removes the annual upgrade angst and also there is the opportunity to rent AutoCAD for short periods for a specific project.

How do the Educational/Student versions work?

Educational versions of AutoCAD are only supplied to recognised educational institutions. They are networked versions of a minimum of 10 seats. They use a floating licence system meaning that AutoCAD can be installed on any number of machines but only 10 people can access it at any one time.

To qualify for a Student version you must be a member of staff or a student of a recognised educational institution. You can obtain the programmes free from the Autodesk Education Community website - so long as you qualify

The Student version is identical to the commercial version in its functionality and the licence lasts 1 year but cannot be upgraded to a commercial licence. Additionally an electronic and plot watermark is applied stating that the file was created in Educational software.

So when opening a drawing created in an Educational or Student version you are warned by a dialogue box of its origin. This happens even if opening it in a full commercial version. In this case the stamp will pollute any drawings the non commercial file is used in. Blocks for instance created in a Student edition will cause the electronic watermark to appear if used in a commercial version - very annoying!

Is AutoCAD the best program to use?

Is there a Demo version of AutoCAD available?

30 Day demo versions are available from the Autodesk website. They only work once on any machine, so if you like it, you’ll have to buy it! Go to the Subscription page linked above and pick Free Trial, where you can choose which version you want to try.

Make sure you pick the right version using the radio button before downloading. All the downloads are quite large (over 2Gb)

Alternatives to AutoCAD: ‘The Clones’

There are several programmes which are, shall we say, very similar in approach to AutoCAD. They look very similar and have the same command syntax and use of the Command Line as in AutoCAD. This is very handy as they are much cheaper (or free if you don’t mind old versions) but you can still use the same commands and shortcuts. Some of them use the Ribbon in their interface but others are still using drop down menus and toolbars so it’s really as much about what you are used to.

The one that appears closest to AutoCAD and is very popular as an alternative is DraftSight by Dassault Systemes who make SolidWorks. This has options for both PC and Mac and comes in three versions.

Until recently it had a free version which was more than adequate for most uses, but now the cheapest version is DraftSight Professional which costs around £170 per annum.  DraftSight Premium adds more functionality such as a DesignCenter and 3D tools for about £500 pa.

It now features the Ribbon and accepts your AutoCAD keyboard commands, even translating them if it actually calls the command something different. ie Array in AutoCAD is Patterns in Draft Sight but typing array will get it working. 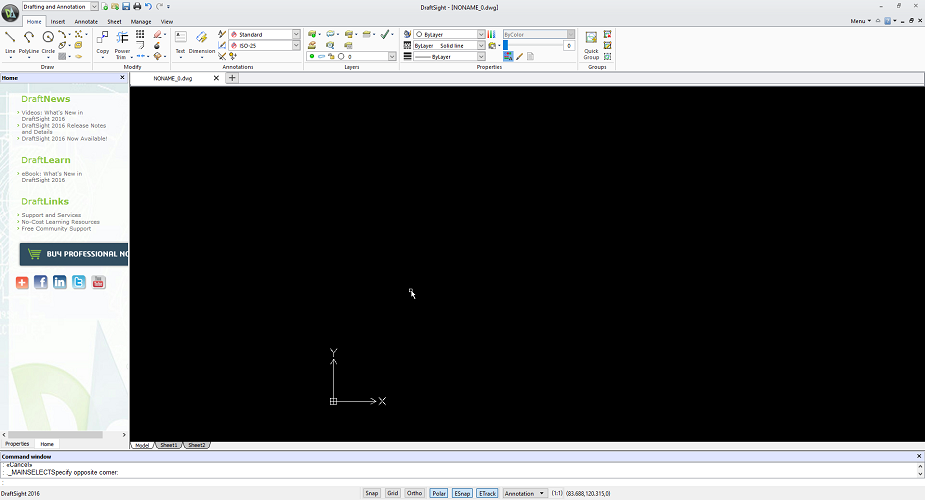